The Cyborg has left the country! 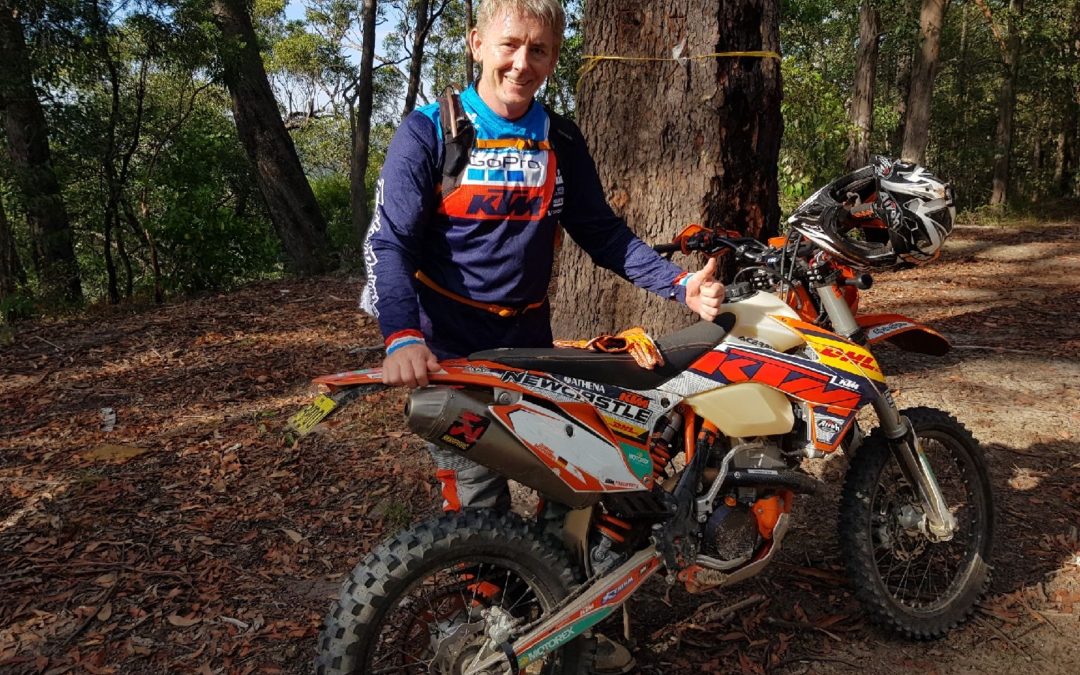 So, last week, my good German buddy, Joerg The Cyborg, left Australia’s sunny shores to return to the fatherland and it’s got me reminiscing about our first encounter.

We bump into each other over five years ago towards the end of 2012, on the Yango Track. Coincidently, both of us were out on our receptive bike for the first time. Joerg had a brand new BMW F800 GSA and I was a KTM 690 Enduro.  I had stopped to make a minor adjustment to the rear brake pedal. I was nearly done with this task when Joerg rocked up on his Beamer.

I gave him a polite nod as he came to a stop before returning to the task at hand. Switching of the engine, Joerg asked, “Hey, buddy, are you OK?”

“Yeah, yeah.” I replied, “This is my first time out on this bike. I’m just making a small adjustment to the brake pedal.”

“It’s my first time out on this bike, too!” said Joerg. 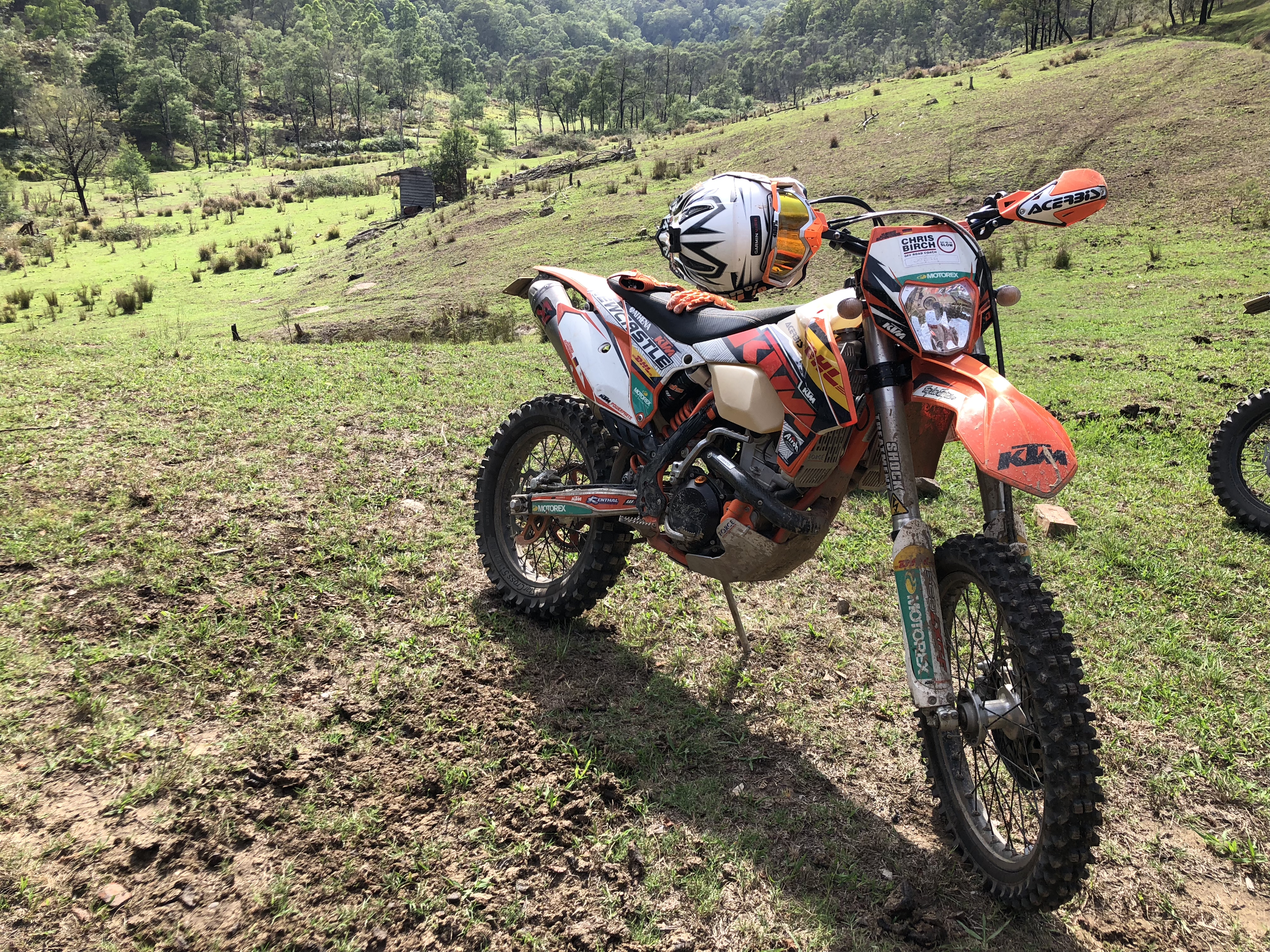 Joerg watched me for a moment before saying, “That’s a rather large hammer you’ve got there. A bit of an overkill, perhaps?”

“I think it’ll do the trick,” I said, “but I must admit I’d prefer something smaller. It was all that Bunnings Hardware had in stock.”

That had indeed been the case, but I concede that I could have found a more suitable alternative. Please understand, though, it was back in the days before I’d grasped the concept of parsimony with respect to toolkits.

“OK, if you say so,” said Joerg, “but I’ve never seen anyone adjust a brake pedal with a full-sized sledge hammer.”

“I take your point, but, as I say, this was all they had,” I said, as I heaved the hefty hammer over my head and took an almighty swing at the offending brake pedal.

“Close.” Joerg commented, somewhat unhelpfully I suggest. After a considered pause, he said, “Do you work on bikes much?”

I didn’t respond immediately as I was a tad preoccupied with rolling around on the ground clutching my shin a result of terminating sledge hammer’s arc with a deft, but involuntary, deployment of my lower leg.

“Who’d have guessed, eh?” he chuckled. “But, when you do, do you find you end up with a few breakages?”

With time, I was to learn that Joerg was quite the perceptive soul. 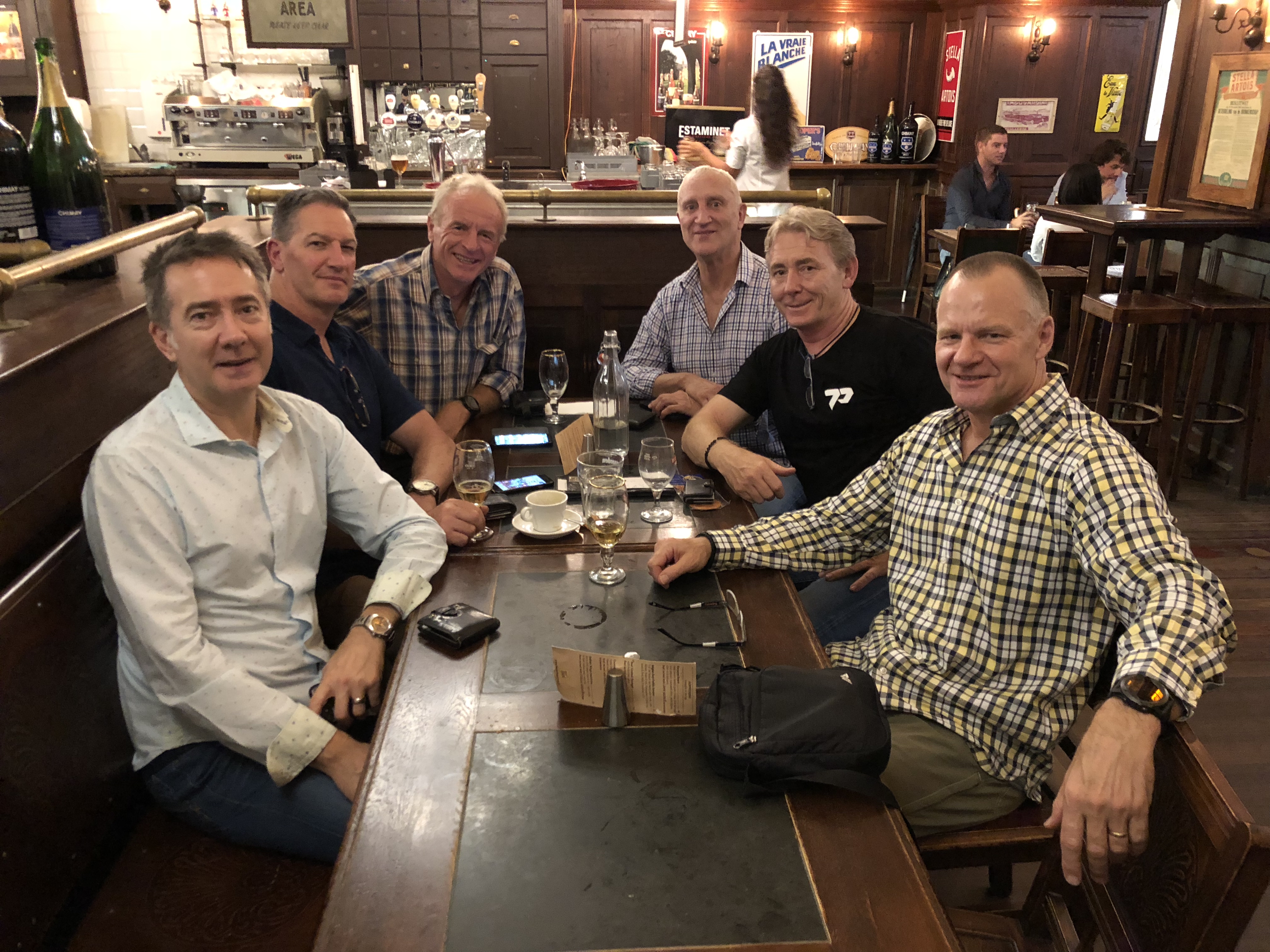 “Just occasionally,” I said, between sobs. “In fact, my other bike, a Beamer 1200, is in the workshop after I managed break the drive shaft while attempting to put air in the rear tyre. Still, I managed to get the tyre up to pressure. I had less success with the front tyre, but on the plus side, I only bent one of the front forks.”

By now, Joerg appeared to be having trouble with the concept of being upright. I’m not sure why (I’ve tried broaching the subject a few times since, but every time he starts pissing himself with, what some might interpret as, hysterical laughter).

Gathering himself, he said, “Actually, I wasn’t referring to your bike. Have you broken your leg?”

“No.” I said stoically from behind streaming tears.  “As it happens, I did have tendency to fracture a limb or two. But that’s all in the past, now it’s more a matter of bending titanium than braking bones. Still stings, though.”

Anyway, to cut a long story a little less long, we exchanged details, vowing to go for a ride in the near future. Joerg said he looked forward to the entertainment. I’m not sure what he meant by that, but again, it’s one of those issues that has him struggling to speak whenever I raise the topic.

So, Joerg rode off, somewhat unsteadily and sounding like a happy hyena on a high.

Meanwhile, I decided I would take my bike into the workshop rather than adjusting the brake pedal myself. It was due for a service as the tyres looked as if they could do with more air.

And so, feeling a tad chuffed by decisiveness on the matter of my motorbike’s maintenance but also suffering the discomfort of a bruised, bleeding, and throbbing shin, I headed for home a couple of hours later after I’d repacked the toolkit.

Anyhow, the rest, as they say, is history.

And so it is this chapter of the hoonin’ saga has come to a close, with The Cyborg has returned to his native lands. He told me it’s not entirely for reasons of work or being homesick; his main concern is the risk of breaking a rib or three if he continued to ride with me. To quote him verbatim: “I don’t want to do a ‘Sir Al’”. I’m a little puzzled by this, but when I subsequently raised the topic, he started up with the hysterical hyena act again, and couldn’t speak.

Anyway, I’ll leave you to get with your life. It IS the least I can do.